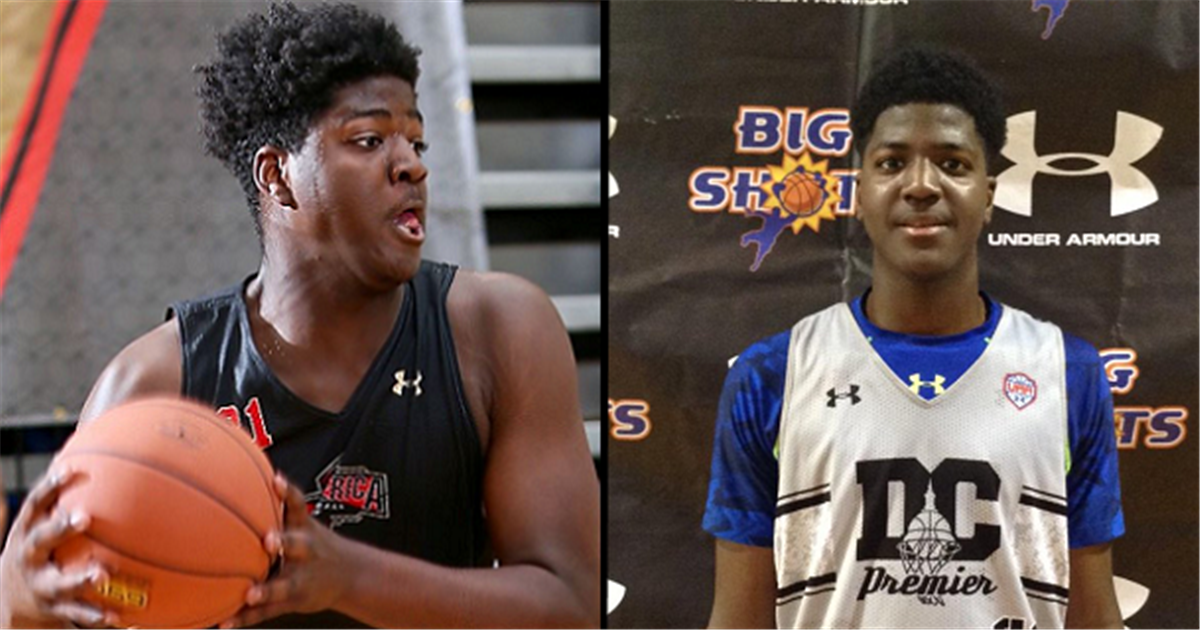 The Class of 2019 twin brothers Makhi Mitchell and Makhel Mitchell publicly committed to the University of Maryland today, giving Mark Turgeon a surprisingly early start on his 2019 class. The Mitchell twins, both wide-bodied 6-foot-9 post players at Bishop McNamara (Md.), chose the Terps early in the process over offers from Georgetown, Virginia Tech, Memphis and others, marking the first recruiting score for first-year assistant coach Kevin Broadus.

Makhi Mitchell is the more heralded and perimeter-skilled of the two, ranking No. 38 overall and No. 7 among centers in the 2019 247Sports Composite rankings. He’s the second-highest rated 2019 player to have made a verbal commitment, behind only LaMelo Ball (UCLA). Maryland now has pledges from one of two top-50 ranked players who’ve committed in the 2019 class, and two of the 20 top-50 players who’ve made choices in the 2018 class — Baltimore power forward Jalen Smith and North Carolina guard Aaron Wiggins.

Makhel Mitchell, meantime, is the third-highest rated junior to commit, as only three of the top 100 prospects have made college choices. More of a traditional post player, he sits at No. 101 among juniors. Maryland offered the pair in late April, less than a week after Turgeon hired Broadus, who’d been chasing them for Georgetown. Their collective pledge, months before the start of their junior season, is earliest commitment Maryland basketball has received in recent history.

“That’s a good dude,” Makhi Mitchell, the top-ranked junior recruit in Maryland, said of Broadus at the time. “He’s very caring, supportive, he came to like every other game for the WCAC, he was our tour (guide) when we went on a visit (to Georgetown). He’s very supportive.”

The two had been attending Maryland games since eighth grade and immediately vaulted the Terps to the top of their list.

“Finally getting the offer means a lot to us,” Makhel Mitchell said at the time.

Their joint commitment comes shortly after a successful summer on the AAU circuit during which they helped the DC Blue Devils to a 14-2 record in the Under Armour Association; Makhi averaged 10 points, 7.4 rebounds and 1.7 blocks in 21 minutes per game, while Makhel averaged 6.5 points, 6.1 rebounds and 2.8 blocks — the second-most in the league — in 17.5 minutes per game. Their contrasting styles mean they should be capable of playing at the same time on the college level.

While it’s an eternity away in today’s ultra-fluid college basketball landscape, their commitment also means Maryland might not add many more players in the 2019 class. The Terps already have a pair of 2018 commitments in Smith and Wiggins and they’re expected to sign at least two more in that class. But with the possibility of NBA departures and other defections, it’s too early to project with any confidence for 2019.