How to choose the best basketball camp to get noticed 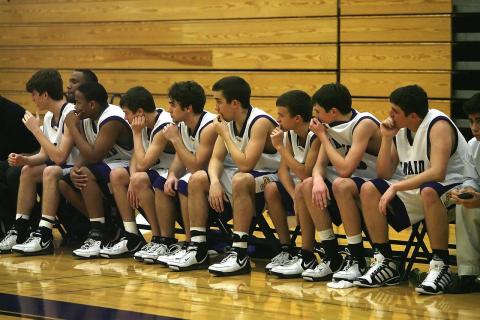 All student athletes who want to play in college have summer jobs. Their summer jobs are getting noticed by college recruiters. Many basketball coaches focus their recruiting efforts in the summer because they need to focus on their own teams during the school year. This gives players a limited window of just a few months to successfully catch the attention of college coaches and recruiters.

One of the more popular choices to get noticed is through exposure camps. These are either held at universities where athletes work to impress one coach or created by third-party organizations that dozens of coaches attend.

Attending summer basketball camps can greatly increase your exposure and likelihood of getting recruited — if you choose the right ones.

School Camps Are Trial Runs for the University’s Program

A school camp is a great opportunity for students to get a feel for the university they plan to attend. Not only does it include experiencing a trial run for the program and the coaches — but also the campus life, location and educational offerings.

“You may think you love a school, coach or conference, but you have no idea what that program or conference is like until you’re in it,” Logan Kosmalski writes at ProSkills Basketball.

It might not be a school’s curriculum or particular coaching style that helps a student make that final decision. Even the weather can make a big difference. Many athletes have dreamed about playing for Syracuse, only to apply to Miami or South Florida instead. Not everyone is cut out for the winters of upstate New York.

Going to multiple camps increases the chances that you will get recruited. Even if you have your heart set on one school, you might get a better offer or a more realistic chance of starting at another.

“There is no guarantee that the year you are coming out of high school a program is going to have a need at your position,” David Frank writes at Athnet. “If you find out a school doesn’t have an opening where you play, then attending camp at that school is not going to do much for your recruiting.”

Not every school needs a new point guard, and you could spend several years sitting on the bench if the school you attend already has one.

Be Realistic About Your School Choices

Many exposure camps are used as fundraisers for coaching staff and hundreds of athletes get invited to each one. Getting an invitation doesn’t mean the coach there is particularly interested in you.

“There may be legitimate recruits at the camps, but 99 percent of the attendees are not on the school’s ‘short list’ of scholarship candidates,” Fred Bastie at Playced writes.

If you do want to make this ‘short list,’ then look for school camps that you have a realistic chance of standing out in. This might mean turning down Duke in favor of a local school, but your odds of getting noticed at the camp are higher.

William C. Rhoden at the New York Times provided a perfect example of players putting their futures first. He profiled Will Ingram, a 17-year old in Dallas who attended at three-day camp at Yale. Ingram was hoping to get recruited by an Ivy league Division I program, but admitted that he would be fine with attending a Division III school. He knew he couldn’t compete with some of the best players and was realistic about his recruiting prospects. For Ingram, basketball was a tool to land scholarships, not just a dream to play in the NBA.

Camp fees are only the first part of your cost. You might also have to pay for housing and will definitely have to pay for travel. Some players try to attend camps close to each other to reduce airfare costs or limit their trips to only a couple each summer.

The team at CaptainU encourages players to create a camp budget. You might decide that using that whole budget on one camp is worth it, or you could choose several local camps nearby.

Most top basketball players will receive several invitations to attend exposure camps at various universities. By attending camps at universities you are likely to attend and play for, you can make the most of your budget and summer recruiting strategy.

Attending general showcases give players a chance to be seen by a number of coaches. You might not catch the eye of the coach from your preferred school, but several others might take an interest in you.

“The college coach is there because there are thousands of players to look at in the same place,” Bryan Drotar writes at the Recruiting Code. “Coaches are not even watching full games. They are watching your team play for 20 minutes or half a game and then they move on because they have a lot of players to see.”

Choosing which general camps are worth your time can be difficult, especially because some camps are created only to generate a profit — not to benefit players and coaches.

Evaluate the Quality of Camps You Choose to Attend

When you’re talking to people about the camps they attend and start attending camps yourself, evaluate the dedication to the sport the organizers have. You should quickly be able to see whether the camp is simply a money-making tool.

“From hiring NCAA refs and a professional statistics crew to video recording, hotel reservations, measurement devices, transportation, and many other things, the best run basketball exposure camps feature high expenses,” the team at Court-Side writes. “Expenses could be so high that the organizers lose money on the camp, but will accept a small loss if their main goal is to get exposure for the players.”

Check the camp’s marketing materials to see what certifications they have or steps they’re taking to ensure the integrity of the event.

Look for Camps With Coaches You Want to Meet

STUDENTathleteWorld created a guide on how to select camps and get the most of them. If you’re attending a summer basketball camp that is not offered by a university, check to make sure the coaches and recruiters attending will be valuable to you.

“Ask the contact inviting you to the camp for a verifiable list of college coaches working the camp,” they write. “Legitimate camps typically have a list of these coaches on their website. If unsure, call the coach and ask if they are working the camp. How many years they’ve worked it? Do they have any players on their roster now that they discovered at the camp?”

This will give you a feel for the value offered by a non-university organization.

Even if a coach or organization makes the camp seem valuable, it can’t hurt to double check with alumni who have been there before. Dre Baldwin encourages players to reach out to attendees from previous camps to get a feel for their value:

This reduces the chance that you waste your time and money playing at a camp with no value. 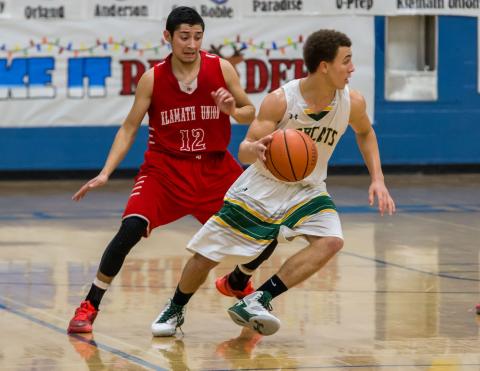 Make Sure You’re Performing At Your Best

Even if you have a top list of camps you want to participate in, you might not be ready to attend an exposure or recruiting event.

Jim Martinho at College Xpress cautions players against rushing into recruiting camps right away. If you’re not prepared to show off your best skills then you could stand out as a weak link instead of a superstar.

Look for skills camps that focus on fundamentals and individual development: specifically camps that offer one-on-one training, education, and video analysis. Instead of blending in at recruiting camps, athletes that attend skills camps can become better players so they will get noticed in the future.

Wait Until the Right Grade to Start Attending Exposure Camps

Potential Magazine interviewed Auburn coach Mark Fuller on ways athletes can get the most out of exposure camps. Fuller says most coaches don’t care about players younger than 10th grade. Younger students would be better off using their summers to attend skills camps to build up their experience.

However, younger students in middle and early high school should start researching the best camps and talking with older peers about the camps they did attend to see which ones provide the most value.

Consider Getting a Personal Trainer Instead

Joe Haefner at Breakthrough Basketball is an advocate for exposure camps, but says some players might be better off investing their money in a quality personal trainer instead.

“Sometimes your best bet would be to find a local basketball trainer with a good reputation,” Haefner writes. “You can have a professional monitor you for months and even years rather than just for one week with a basketball camp.”

An expensive camp won’t always give you the results and individual attention you need to elevate your game.

Show Your Character As Well as Your Athletic Ability

When you do attend summer basketball camps, make sure you put your best character and academic self forward. Athletic ability can get you noticed, but it isn’t the only factor that recruiters and coaches consider.

“Remember, college coaches are looking for players who fit their TEAM,” James Albano writes at Hoop Group. “Turning yourself into a black hole offensively and shooting every time you touch the ball is a good way to have coaches cross you off their list immediately.”

Coaches want to know that you can work with a group of people, not just that you have talent. Recruiters want to find the next James Harden, not just the next LeBron James.

The team at USSC Basketball agrees. They listed five traits coaches look for when recruiting players. If one of these are missing, they might move on to the next recruit:

Without these five traits, coaches have to build up their athletes to improve their grades, confidence and habits. This creates more work for them and cuts into their resources.

Put together a resume that you can send to your coach before you attend or follow-up with when you leave. It should include your stats, GPA, ACT and SAT scores and a highlight video.

“You should [also] include a personal picture of yourself,” the team at Recruit Reels writes. “This picture should be a close up picture of you where the coach can tell what you look like.”

The goal is to create a media kit for yourself so coaches will be familiar with your credentials. They will already know that you’re a top performer at your current school.

You don’t have to return from your summer camps with full scholarship offers, but you should return with better relationships with the coaches and a realistic idea of which colleges you can play for. This will motivate you to work harder during the school year to achieve your goals.