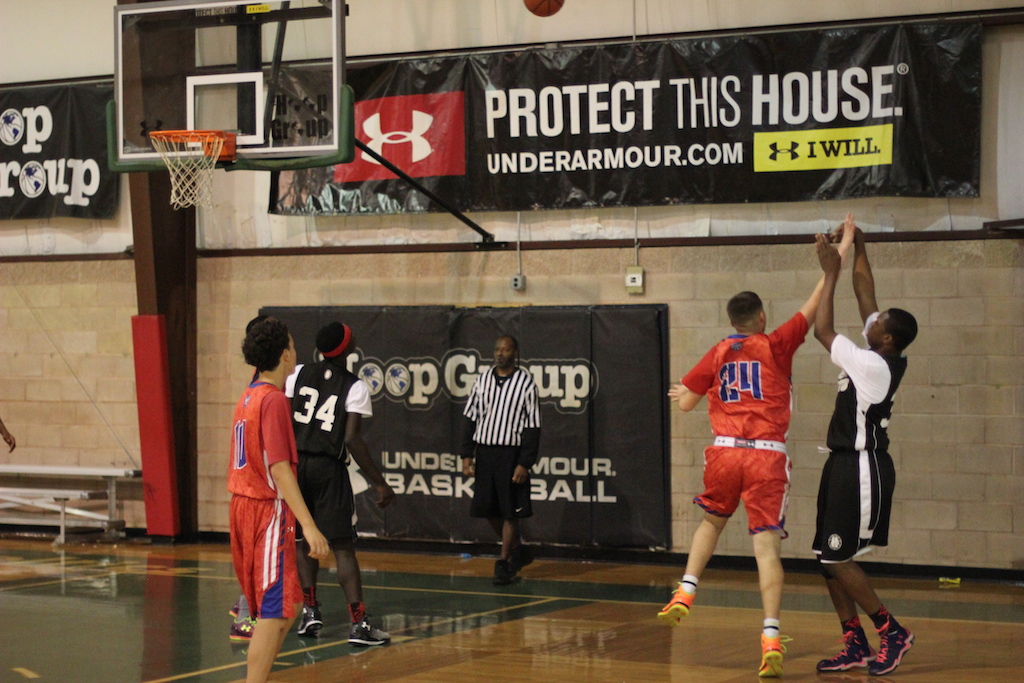 Although it took a few minutes for the Harlem Jets to get going in Sunday’s championship game, once the team started, it did not stop.

New Heights took a quick 7-0 lead before the Harlem Jets got on the board and never looked back en route to a 71-58 win at the BBall Spotlight Tip Off Classic in Neptune, New Jersey.

New Heights’ Thaff Battle started things off with a layup before draining a three from the win. Previous Ashima scored on a put back to give New Heights a 7-0 lead with 12:32 left in the first half.

Anderson put the Harlem Jets on the board with a layup before Oyekanmi scored a layup.

The Harlem Jets spent the next few minutes slowly chipping away at New Heights’ lead before finally taking a 13-12 lead on two Amadan Traore free throws.

Wenn then scored on a pass from Traore before stealing jthe ball for another layup to take a 17-12 lead with just over nine minutes left to play in the firs half.

Traore scored on three straight possessing to give the Harlem Jets their first double-digit lead of the game.

First, Traore scored on a layup before grabbing two rebounds and scoring on put backs, giving the Jets a 23-12 lead.

New Heights’ Alexander Rice scored on a layup but the team would not score against a tall Harlem Jets team until two minutes later on a Marc Bruce jump shot from the elbow.

The Harlem Jets continued to play strong while New Heights attempted to stop them and chip away at the lead.

Ryan Meyers scored on a layup for New Heights before Ashima scored four straight points. Ashima grabbed a rebound and scored on a put back before converting on two free throws after being fouled to cut the Jets’ lead to 31-22 with just over three minutes left in the first half.

New Heights only managed to score four more points in the first half, while the Harlem Jets added 10 more to their side of the board.

New Heights could not cut the Harlem Jets’ lead to less than 18 points for the rest of the game.

Oyekanmi showed his versatility in the second half. After scoring largely in the paint in the first half, he showed his outside scoring touch, draining back-to-back threes from the corner as well as a long two-pointer from the same spot to give the Jets a 49-30 lead with just over 11 minutes left in the game.

New Heights’ Isaiah Malave netted a three from the win before Trayvon Alexander added a short jump shot, but the Harlem Jets remained in the lead, up 57-37.

Battle scored on a short jump shot before draining a three from the wing with just 12 seconds left.

The run was not good enough for New Heights, however, and the Harlem Jets walked away with the win and the title.