Havoc City 11U Champs in the BBall Spotlight Tip Off 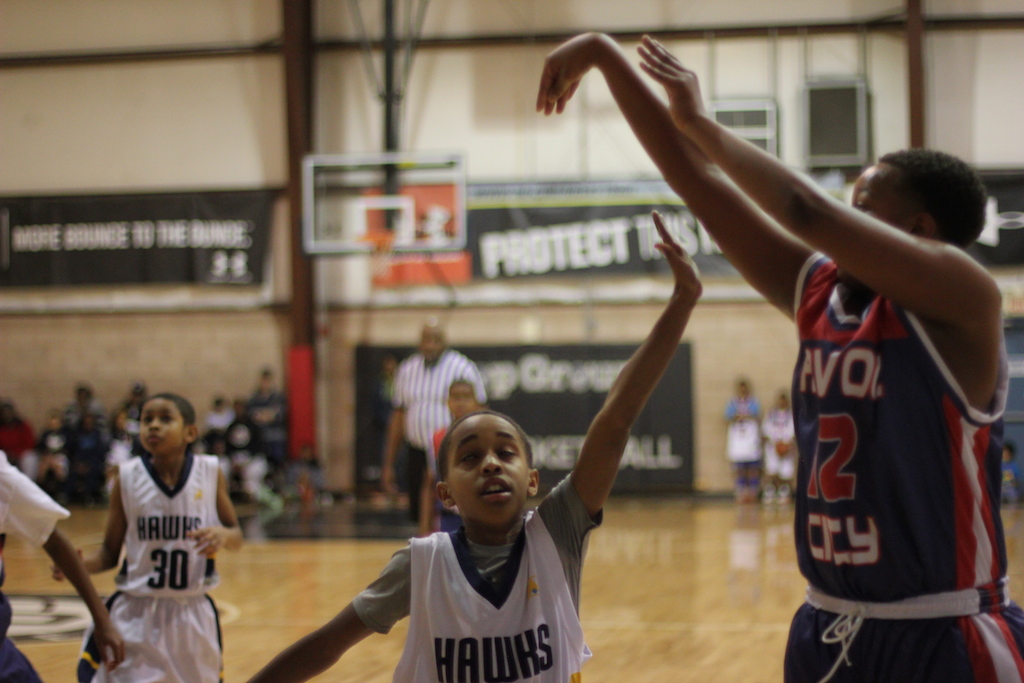 Havoc City and Riverside Hawks competed against A-list competition in the BBall Spotlight Tip off Classic event in Neptune, New Jersey. Havoc added a crucial piece to their already strong line up when they suited up Antonio Sellers. He added just the right amount of size, power and experience to get Havoc over the hump with the Riverside Hawks in this championship game.

Riverside’s Michael Carothers wasted no time getting into his shooting rhythm, knocking down the first of his three 3-point shots.

Both teams pushed the ball on every chance they could get. They ran on steals, rebounds and turnovers and often scored on the transition opportunities. The game was within 1-2 points for most of the first half. However, Havoc maintained the lead since their second basket of the game.

When in the half court set, Riverside was patient and moved the ball well against Havoc’s zone defense. However, when they were unable to score, Havoc’s bigs, Jalen Curtis and Sellers dominated the boards, often giving Riverside only one attempt at the basket. At one point in the half, one attempt was all either team needed to convert. It seemed neither team could miss as they scored back to back after several possessions. During this time, Paul Obinna Chuke from Havoc and Hawks’ Carothers both added 3-point baskets.

Havoc City started a block party when Curtis sent a Hawk’s floater to the other end. Sellers added another block and finished the party with a 3 to put Havoc up 21-16. The half ended 23-18, Havoc.

With a 10-point lead, Coach Doug of Havoc City wanted the team to slow down and run their offense. This tactic forced Riverside to play at Havoc’s tempo as well as ran time off the clock.

Carothers added his final three of the game for the Hawks, which brought the team within striking distance. However, the glory was short lived as Chuke knocked down a 3-pointer and put Havoc back up 10.

When Isa Khalid added one of his two 3-point baskets, the Hawks found themselves back in the game. Riverside fans screamed “Defense! Defense! Defense!”
However, the crowd noise or the hand in his face did not prevent Havoc from splashing a fully contested 3-point shot.

Although a strong effort was put forth from both well-coached squads, Hawks could not close the gap. Havoc competed to the final sound and ended the game victorious. Final Score 60-47.