How the nation’s top 14u basketball team was born 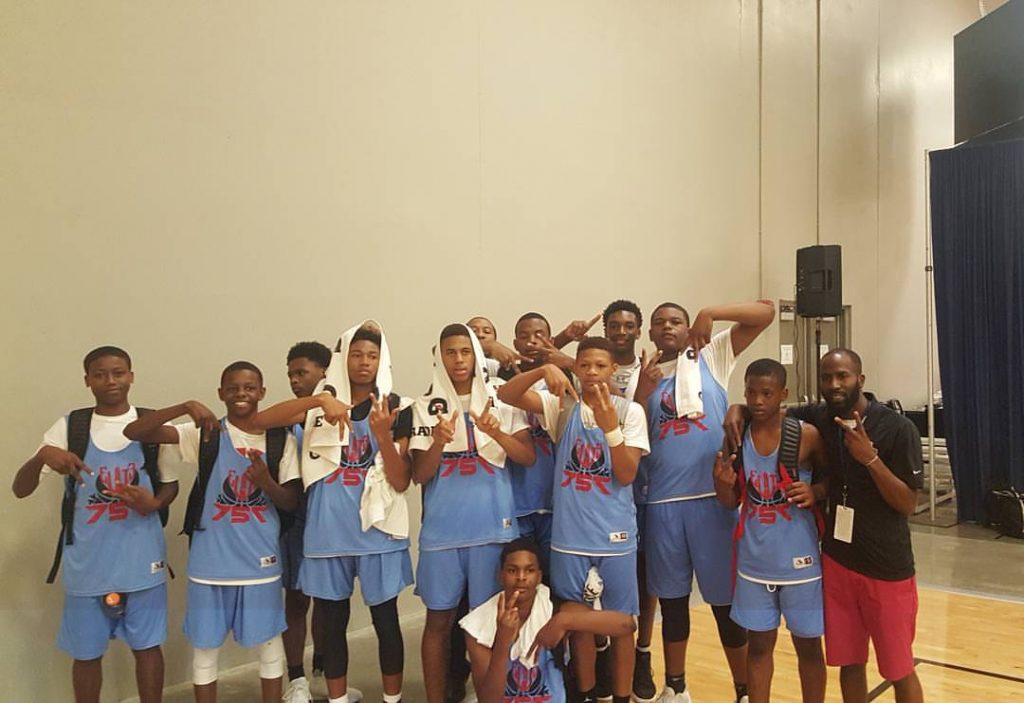 Back in March when asked by a good friend of mine, Randall Johnson, to help organize a team comprised of Hampton Roads athletes to compete in the inaugural USA Basketball 14u national tournament, my attention immediately turned to the massive amount of talent in the grassroots divisions that I had personally evaluated through the years. With the tournament taking place in Westfield, Indiana from June 30-July 3, even with loads of talent to choose from we were racing the clock with less than three months until the start of the USA tournament .

The only question I had was could the local AAU organizations put their individual egos aside for a greater cause? As a high school sports reporter, I have seen firsthand the amount of bickering that goes on during summer months on social media between various travel teams.

Going into the process, I had already managed to lock down a good amount of local talent through the Hampton Roads Futures Classic event and Grassroots Basketball League, two events that I previously held in the Tidewater area. But to compete on the national level I knew we needed to find kids that were used to competing on the big stage.

The first order of business was locking down commitments from guards Jayden Epps and Kanye Clary. While both are rising eighth graders, each possess the talent and most importantly, game experience, to compete on the elite level. We also had James Prescott, a kid ranked 13th nationally in the class of 2022, also commit to participating in the event. After securing commitments from those three players, I knew we would at least have the guard play to compete at the USA tournament.

Class of 2021 forward Leshaun Lee (Norview HS) was the next big talent to commit to playing in the event. Emphasis on big! At 6-foot-5, Lee is already one of more promising young players in Hampton Roads and gave us size in the starting lineup.

The tougher decisions came in the following weeks as we cut the list of nearly 50 potential student-athletes to 12, and man were the decisions tough! A two-day tryout was held, which coupled with a mini-camp hosted by USA Basketball right here in Norfolk, enabled us to finalize the official roster for the USA Basketball 14u national championship in Westfield, Indiana.

Cramping 11 oversized teenagers and a three-man coaching staff into a 15-passenger van for an 11 hour drive to Indiana was no easy task by any stretch of the imagination. But something funny happened along the way, the group bonded. With minimal practice time prior to leaving Hampton Roads, the drive to Indiana gave each of us an opportunity to learn about one another.

We arrived in Indiana a full day ahead of our scheduled opening game Friday morning. Thankfully, we were to squeeze out a few additional practices, which included a scrimmage against locals at a neighboring playground. The night before the game, Coach Johnson and Coach Derek Edwards from Lake Taylor High School, decided it would be a great idea to hold a team meeting where each of the players and coaches would identify their respective roles during the tournament. Another impromptu bonding moment. But still, there is no substitute for actual game experience, which surely would leave us behind the rest of the participating teams, many of whom play on the shoe company-sponsorer travel circuits.

As we walked into Jonathan Byrd Fieldhouse for our first game on Friday, we were immediately greeted by USA Basketball Youth Director Jay Demmings. Our first contest was against Elfrid Payton Elite, a Nike team that was owned and operated by current Orlando Magic player Elfrid Payton. After jumping out to an early double-digit first half lead against Elfrid Payton, our lack of team chemistry showed mightily in the second half as we were humbled with a nine-point defeat. Ironically, no one was happier about the loss then the coaching staff. There’s also a lesson to be learned in defeat, and ours centered around the need to gel as a team in order to win the USA tournament.

From there, we won seven consecutive contests, mostly blowouts, including the championship game rematch against Elfrid Payton to capture the inaugural 14u national title. There were of course bumps along the road, but nevertheless, we accomplished the single goal that we had as a team entering the tournament, and that was to bring back a national championship to Hampton Roads!

Stay tuned for our mini-documentary in the coming weeks, shedding light on the entire USA Basketball 14u experience!