Philly Triple Threat 11U Champs in the AGame Super Shootout 2015 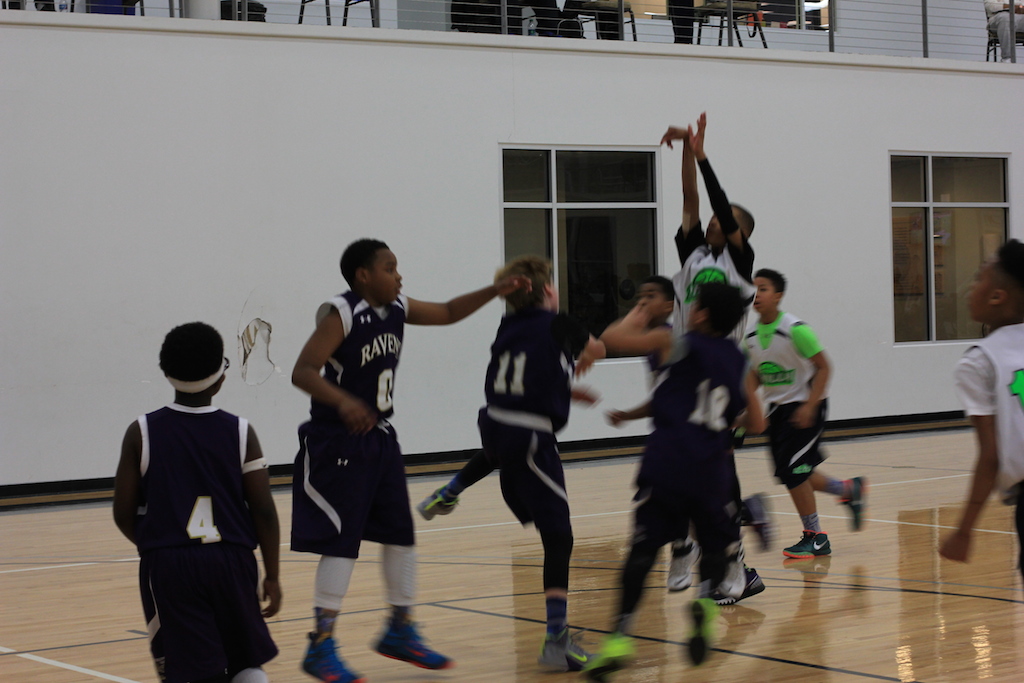 The AGame Super Shootout 2015 was an event not to be missed. It boasted over 300 teams under one roof at the Spooky Nook facility in Manheim, PA. Every game was exciting and competitive. Many came down to the wire with nail biting wins at the buzzer or in overtime play and the 11U championship game between the Columbia Ravens (Baltimore, MD) and Philly Triple Threat (Philadelphia, PA) was no different.

Triple Threat started the game with an aggressive full-court press, which led to a quick 6-0 lead in their favor. The Ravens came out flat and appeared intimidated by Triple Threat’s aggressive style of play. However, their point guard (#1) took matters into his own hands. Breaking through Triple Threat’s press on multiple occasions afforded him easy lay-ups and looks for his teammates. The Ravens guard led all scorers with 12 points. By halftime, Triple Threat was up 12.

Ravens came out in the second half fired up. They locked down on defense and applied a full court press. They also gave Triple Threat problems with an impressive half-court trap, which forced turnovers early in the second half. The Ravens 8-0 run gave them the opportunity they needed to get back into the game.

Back and forth action continued for the last five minutes of the game. Both teams were relentless. With less than two minutes remaining, the score was 39-38. The deciding moment came when #15 for triple threat got a steal and assist as a result of the full-court press. The layup conversion from #23 sealed the deal with less than one minute left for Triple Threat and made them champions!