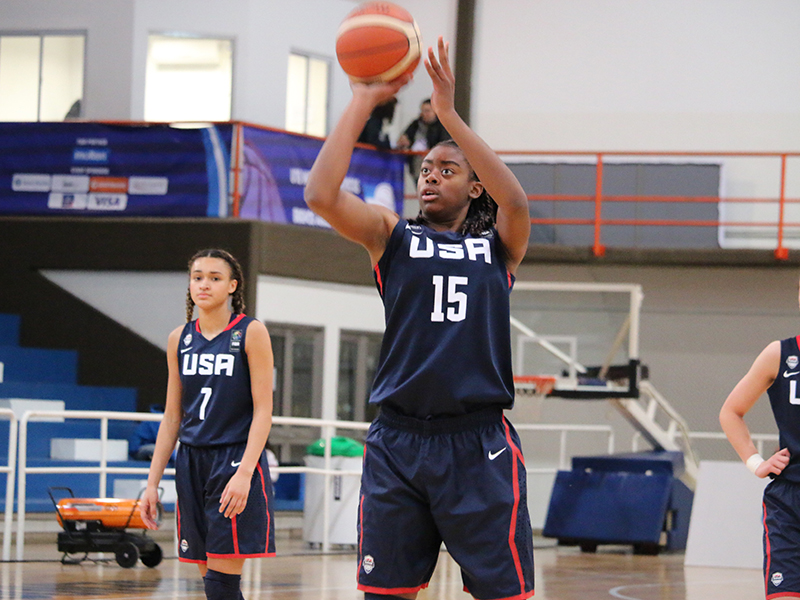 Fran Belibi is taking the world by storm.

The Regis Jesuit star, who only started playing organized basketball 21 months ago, helped the United States’ under-16 women’s national team win the gold medal at the 2017 FIBA Americas U16 Championships in Argentina on Sunday.

The American team beat Canada 91-46 in the championship game to finish the tournament 5-0. Belibi played nine minutes, scoring two points, pulling down two rebounds, and she also had two steals.

“Gold is great, especially getting gold while representing our country,” Belibi said after the game, according to USA Basketball. “There was a lot of tough competition in Argentina and Canada, and for us to come out with this gold is really a testament to how hard we worked and how hard we played throughout the whole tournament.”

During the course of the tournament, Belibi averaged 4.8 points and 5.8 rebounds.

Her best game came against Mexico during the group stage in which she had 12 points, seven rebounds, one assist, a block and a steal.

Asked what she was going to take away from the tournament, Belibi said, “Leadership roles. On a team like this, there are so many great players, I might not necessarily need to be the leader. But, I will definitely take this experience back to my club team and to my school team.”

Last winter, Belibi rose to prominence nationally when she became the first female Colorado high school player to dunk in a game.

Belibi also plays tennis, and is a two-time qualifier to the state tennis tournament. 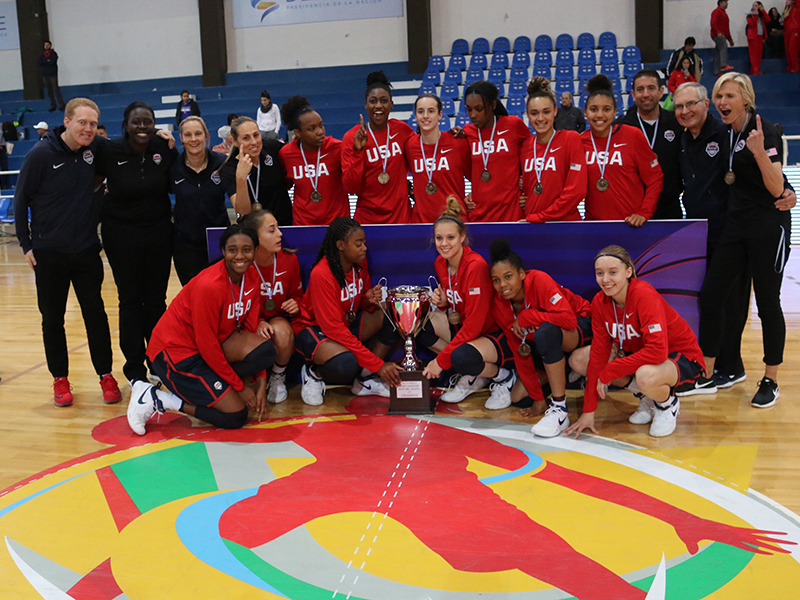