Team Up Next wins AAU National Title 10U 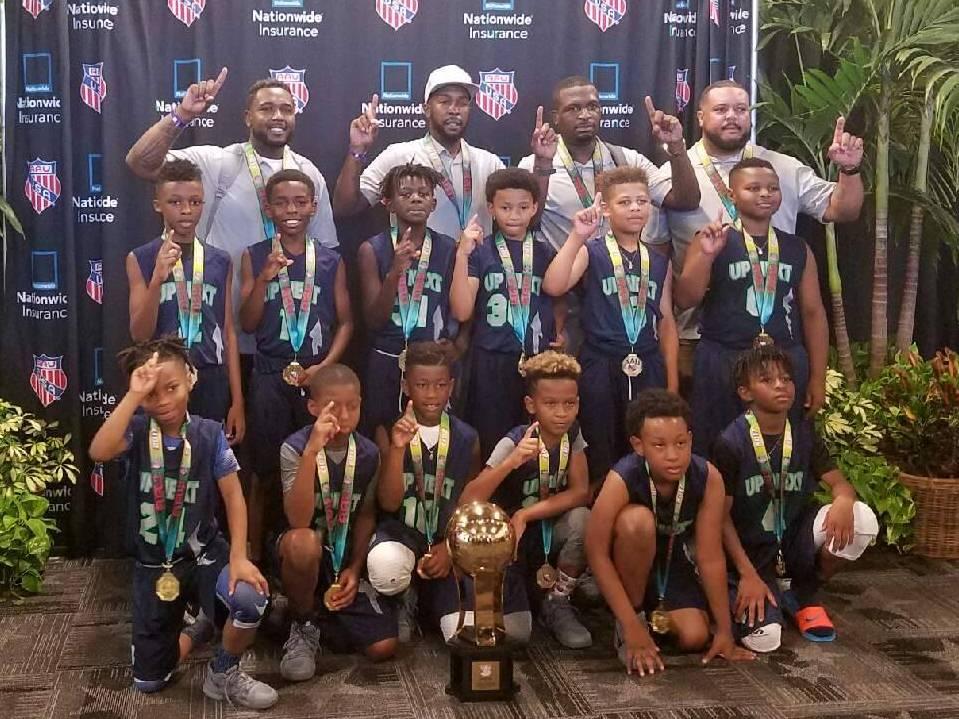 Team Up Next won a national championship in the 10U division at the AAU Nationals tournament at the ESPN Wide World of Sports Complex on July 17 in Orlando, Fla.

The Team Up Next 10U team finished the tournament with a perfect 6-0 record. They had a 20-9 overall record this year.

Also at the AAU Nationals tournament, the Team Up Next 11U team placed third overall with a 4-1 record. They had a 19-8 overall record.

The Team Up Next, which is based in Houma, wanted to thank all of their sponsors this year for their support, including Lyles Equipment, Superior Shipyard, Infinity Energy, PCM, Encore Premium Nightclub, B&S Equipment, Code Compliance Inspection, AC Harris, Attorney John Allen, Z’Ron Inc., Triton Services and Pipeline Safety.

“We just really want to thank parents, community support, our coaches and players,” Murry said. “Winning nationals was huge for our organization as we build up these young men. Basketball is a small part of what we do for these young kids. We want to be role models to let them know that with hard work and dedication anything is possible.”